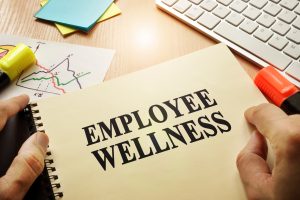 A new chapter has begun in the years-long saga of rules, regulations, and court challenges affecting workplace wellness programs. At issue is the meaning of “voluntary” and whether programs that offer financial incentives to employees to participate in medical screenings or inquiries truly are voluntary. While earning an incentive is a reward, not earning one clearly is a penalty — and the penalties may be up to 30 percent of the group health plan’s premium under current Equal Employment Opportunity Commission (EEOC) regulations. In a lawsuit challenging programs with large incentive amounts, the court agreed that the EEOC had not justified its definition of voluntary. In the latest twist, a federal district court has ruled that the EEOC’s current rules will cease to apply on January 1, 2019. The court also attempted to order the EEOC to issue new proposed rules by August 31 of this year, but later removed the deadline. That is, the current rules expire at the end of 2018. How and when the EEOC will propose new rules for 2019 is not yet clear.

The EEOC regulates and enforces provisions of the Americans with Disabilities Act (ADA) and the Genetic Information Nondiscrimination Act (GINA) that affect workplace wellness programs. Employers with 15 or more workers generally are prohibited from requiring employees to undergo medical exams or answer disability-related questions (unless needed for certain job-related health/safety exams). An exception is allowed for wellness programs that are voluntary, but the meaning of voluntary has always been debated. For many years, the EEOC failed to issue regulations defining voluntary while at the same time unofficially asserting that programs were not voluntary if the employee was required to provide private health information to earn a reward or avoid a penalty. In 2015, the EEOC finally proposed rules on the matter, which were finalized in 2016 and took effect January 1, 2017. Somewhat surprisingly, the EEOC rules allowed employers to offer wellness program incentives of up to 30 percent of the health plan’s cost. The AARP, on behalf of its membership, sued in federal court alleging that the 30 percent threshold was too high to be considered a voluntary program. Note that the Health Insurance Portability and Accountability Act (HIPAA), a separate federal law primarily regulated by the Department of Labor (DOL), not the EEOC, permits group health plans, including wellness programs, to offer incentives of up to 30 percent of plan cost. AARP did not challenge the HIPAA rules. HIPAA’s incentive cap applies only to health-contingent programs, however, while the EEOC’s ADA and GINA rules are broader and include both participatory-only and health-contingent wellness programs. Last summer, the U.S. District Court for the District of Columbia ruled in AARP v EEOC. The court found that the EEOC had failed to justify its new definition of a voluntary program and the incentive provisions were arbitrary and capricious. The court ordered the EEOC to review its regulations. Further, the EEOC was ordered to report back to the court with a proposed schedule for revised rules. When the EEOC submitted its proposed schedule, however, it was clear it planned to issue revised rules that likely would not take effect until 2021. It seems that was the last step in exhausting the court’s patience. In late December 2017, the judge in the AARP case, Judge John D. Bates, vacated the EEOC’s current rules for wellness programs under the ADA and GINA, effective January 1, 2019. He also ordered the EEOC to propose revised rules no later than August 31, 2018, but that portion of his order was subsequently removed. The court will be watching; however, the EEOC must file a status report on its rulemaking progress by the end of March.

Next Steps for Employers

The court could have vacated (nullified) the EEOC’s current rules immediately, but chose not to do so since employers had relied on those rules to design their 2017 and 2018 wellness programs. That is, the current rules remain in force and employers may continue using them as guidance this year. Note, however, that employers whose wellness programs offer large incentives for providing individual health information need to consider whether their program may be challenged through private litigation. The EEOC is expected to propose revised rules to take effect January 1, 2019. Once released, employers should work with their benefit advisors and legal counsel to review any changes promptly to ensure their wellness programs continue to comply with the ADA and GINA, and with existing rules under HIPAA. Read Article Online: ThinkHR